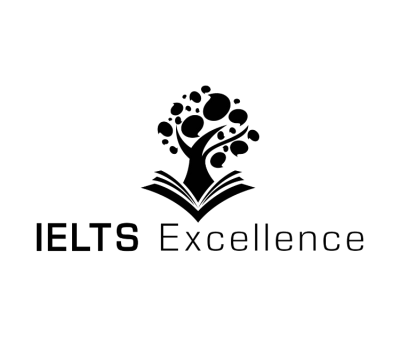 To score band 7+ in the writing section, your sentences must make sense. Therefore, your grammar & punctuation must be excellent.

Hello friends! Welcome to the Grammar & Punctuation page! Here we will talk about how to write excellent, error-free sentences in the writing section. We want you to IMPRESS the examiner with your sentence structure and SMASH through that band 7 barrier!

Remember the band descriptors (how the examiner marks your writing)? One of the criteria is ‘Grammatical range & accuracy‘. So if your grammar is poor, the examiner can’t award a score above band 5! That’s not ideal, is it?!

Take a look at the the ‘Grammatical range & accuracy‘ descriptor again here:

How can poor punctuation affect the meaning of a sentence?

Incorrect use of grammar can lead to poor sentence structure and confusing sentences.

Incorrect use of punctuation is equally as problematic and can change the meaning of a sentence. For example, It can mean the difference between eating grandma and eating with grandma!! All it takes is just one missing comma to give a sentence a very different meaning: ‘Let’s eat grandma.‘ and ‘Let’s eat, grandma‘!

‘Let’s eat, grandma’ = you are telling your grandma to eat with you

Obviously, we don’t want to eat grandma, so we have to make sure our punctuation is used correctly!

Correct use of grammar

There are 8 parts of speech in total.

Adverb – Describes a verb, adjective, or other adverb (slowly, happily, underneath, usually)

Preposition – Relates a noun or a pronoun to another word in the sentence (by, for, from, on)

Conjunction – Joins words or sentences together (and, but, because, unless)

Correct use of punctuation

Punctuation is key to breaking up sentences and making them flow correctly.

Here are various types of punctuation and when you should use them:

Commas – When you start a sentence with an introductory phrase (e.g. Again), use a comma after the phrase. If you use extra descriptions of a noun in a sentence, set it off with commas. In direct address, use commas to separate the name from the rest of the sentence. In lists, use commas between each item in the list.

Hyphens – Use to join words or parts of words together.

Colon – Use a colon to introduce an item or series of items. The items can be listed on the same line using a comma to separate each item, or one per line using bullet points, numbers or letters.

Semicolon – Use a semicolon to join closely related independent clauses which could also be separated by a full stop or conjunction. You can also use semicolons to separate complicated lists in a series that already includes commas.

What mistakes do IELTS students commonly make with their grammar and punctuation?

There are plenty of mistakes students make with grammar and punctuation, leading to a poor band score and having to resit the exam.

Here are a few common ones for you to avoid:

Incorrect use of apostrophes is one of the major mistakes and often leads to a low band score. In particular, when talking about a possessive noun

So, how can you avoid falling into this trap?

Apostrophes indicate possession or ownership (think possessive nouns). If singular, the apostrophe goes before the ‘s’ in a word, if plural it goes after the ‘s’ (with some exceptions).

Plural (Multiple dogs) = This is the dogs’ house

Here is a bit more information: 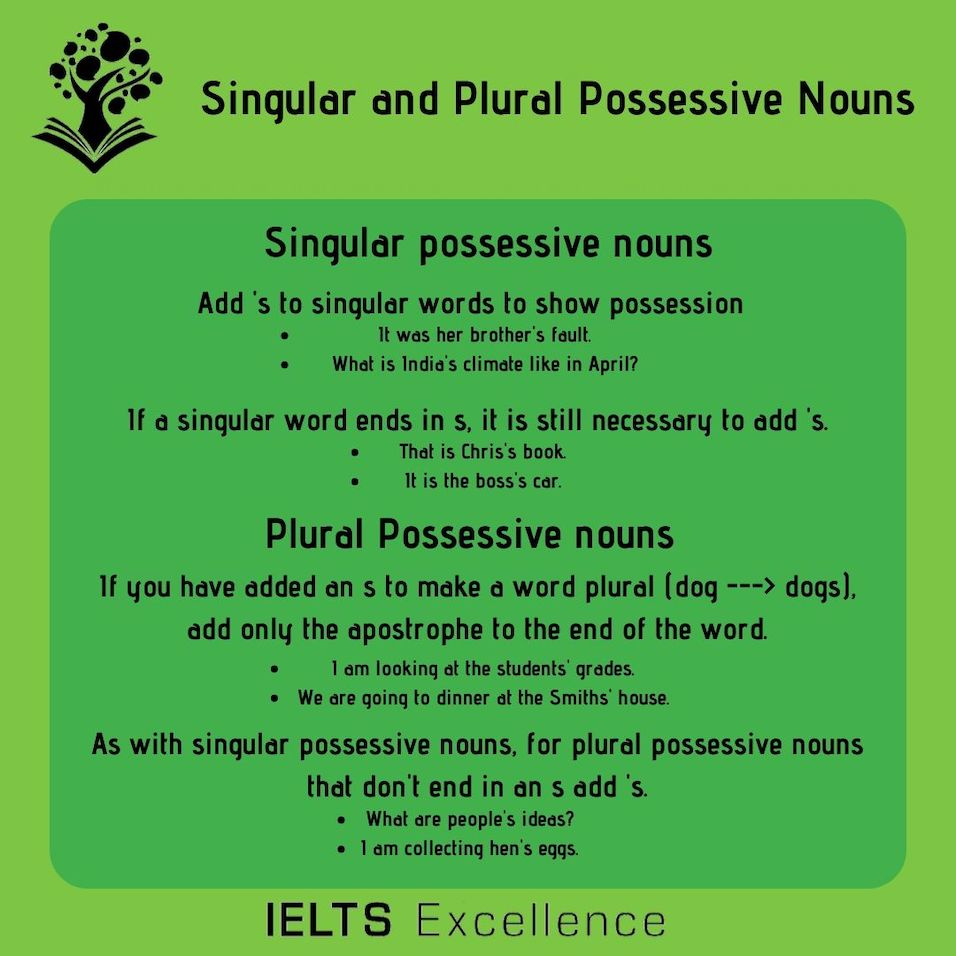 Additionally, apostrophes are also used in a contraction where two words are put together to create short words and the apostrophe replaces the omitted letter (do not = don’t).

Apostrophes are never used to make a word plural.

This is always a common mistake. Here’s how to avoid being another statistic:

Has different uses. Here are some:

Refers to possession – something belonging to them. For example, ‘That is their house’

Is short for ‘they are’. For example, ‘They’re coming to the party’.

‘Than’ is used when you are talking about comparisons. For example, ‘I am better than my friend at writing’.

‘Then’ is used when you are talking about something following something else in time, such as planning a schedule. For example, ‘I will take some driving lessons then I will book my driving test’.

Again, follow these rules to avoid making the mistake in the exam:

‘Me’ is an object pronoun and is used after the verb (an action). For example, ‘He is chasing me‘.

‘I’ is a subject pronoun and is used before the verb. For example, ‘I chased a cat down the road’.

‘Myself’ is a reflexive pronoun and refers back to the subject of the sentence. You only use ‘myself’ if you have already used ‘I’, ‘Me’, or ‘My’. For example, ‘I created it myself’.

I know, grammar and punctuation can be really confusing. Even native speakers often make mistakes with these.

Only 10% of people will have read this far (because it is boring and nobody likes to learn it properly), which is why so many people fail to score highly on the writing section. So you should congratulate yourself for getting this far – have a coffee for me!

Here’s a little test (for a friend).

There is  a picture of Grammar Dog at the bottom of this page.

Share this page with your friend and let’s see if they read all the way to the bottom.

You can test them by asking if they noticed Grammar Dog.

Do you think they will read it all?